Naples is one of the largest cities in Italy and even in the Mediterranean Sea. In addition to being the capital of Campania, one of the most beautiful regions in the country, it is the third most populous municipality after Rome and Milan, with nearly 3 million inhabitants.

The city of Naples dominates the gulf that extends from the Sorrento peninsula to the volcanic area of Campi Flegrei. In the distance, three magnificent islands rise from the sea, Capri, Ischia and Procida as well as on the horizon an imposing view of Vesuvius, the volcano that buried Pompeii.

But it is not only known for its impressive nature. Naples entails history to the last corner of its streets. Its historic center encompasses more than 2,500 years of history and is therefore recognized by UNESCO on the World Heritage List.

Naples is one of the oldest cities in Europe, whose contemporary urban fabric retains elements of its long and eventful history. Since Neapolis was founded by Greek settlers in 470 B.C. Today’s Naples retains the imprint of the successive cultures that arose throughout Europe and in the Mediterranean basin.

The daily life of Naples fills its streets with noise and color. Its monuments and its people do the rest. The rectangular grid layout of the ancient Greek foundation is still noticeable. From the Middle Ages to the 18th century, Naples was a point of reference in terms of art and architecture, expressed in its ancient fortresses, the royal ensembles such as the Royal Palace, and the palaces and churches subsidized by noble families. The well-known Quartiere Spagnolo from the 16th century forms the historic center of the city.

Its origins date back to its founding as Parthenope or Palaepolis in the 9th century BC, and later re-established as Neapolis, a new city, in 470 BC. This makes it one of the oldest cities in Europe.
Naples was one of the main cities of Magna Graecia, playing a key role in the transmission of Greek culture to Roman society. Over time it became an important cultural center in the Roman Republic.
But little remains of Parthenope, the name given by the Greeks to the first foundation of the Italian city of Naples, apart from the Greek walls of Via Mezzocannone, excavated since World War II.
Roman ruins are better preserved, among which the excavations of San Lorenzo el Mayor stand out, which houses part of the Greek agora of the 5th century BC. and numerous Roman remains. A Roman theater, cemeteries and catacombs testify to this history.
In the 6th century AD, Naples was conquered by the Byzantine Empire, becoming an autonomous duchy, later associated with the Norman, Suebi and Sicilian kings. Evidence from this period includes the churches of San Gennaro Extra Moenia, San Giorgio Maggiore and San Giovanni Maggiore with elements of 4th and 5th century architecture, the Santa Restituta chapel in the 14th century cathedral and the Castel dell’Ovo , one of the most important remains of the Norman period and later remodelled.
With the House of Anjou (1265-1442), Naples became the living symbol of the prestige, dignity and power of the dynasty. The city expanded to include neighboring suburbs and villages. The Angevins began an influential relationship with Western art and architecture, particularly French Gothic, integrated with earlier Greek and Moorish elements.
The convents of Santa Chiara and San Lorenzo Maggiore and the churches of Donna Regina and Ilncoronata, San Lorenzo Maggiore, San Domenico Maggiore and the new Cathedral date from this period.
From the 15th to the 17th century, Naples was ruled by the Crown of Aragon, who remodeled the defenses and the pattern of the streets, and built the Castel Nuovo, as one of the main centers of their empire. The period of Spanish rule is marked by the construction of the Royal Palace in the year 1600, in the imposing Piazza del Plebiscito, the Monte dei Poveri Vergognosi charitable institution, the convent of Sant’Agostino degli Scalzi and the Jesuit College of Capodimonte.From 1734, under the Bourbons, Naples emerged, along with Paris and London, as one of the main capitals of Europe. The architectural heritage of Naples from this period was highly influential, and is particularly expressed in the interior design of the royal palaces and noble residences. The most important palaces of the 18th century include the great palace Albergo dei Poveri, the National Archaeological Museum, the Certosa de Suor Orsola Benincasa on the hill of San Martino and the Villa Pignatelli.
Booking.com 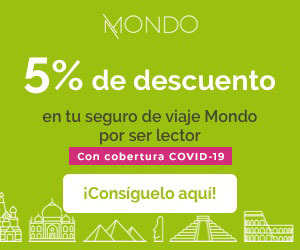