It is known for its eruption on August 24, 79 AD, in which several urban centers were buried, including the cities of Pompeii and part of Herculaneum. After that episode, the volcano has erupted on numerous occasions and violently. For this reason, it is considered one of the most dangerous volcanoes in the world, since around three million people live in its surroundings and it could cause serious consequences. It is the only volcano located in continental Europe that has suffered an eruption in the 20th century, in 1944, destroying much of the city of San Sebastiano.

If you have never seen a volcano up close and you are excited, it is worth going up to Vesuvius. It can be done in various ways, on your own in a rental vehicle, public transport or scheduled excursion. Surely, the latter is the most comfortable option and the most chosen among those who visit Vesuvius. Includes bus transportation and entrance to the Vesuvius National Park with a guide in Spanish.

The price of access to the venue is 14 euros, except for minors who measure less than 1.20 m, who will enter free.
Due to the pandemic situation, access to the Vesuvius National Park is limited and online, so if you expect to buy it on the spot, the same day or the day before, you may be left without a place.
Now the sale is only made online through the Parco Nazionale del Vesuvio website.

A priori, the most comfortable option by far is the scheduled guided tour, but the best option can only be assessed by each one.
They usually include transportation by bus from the door of the hotel and the entrance to the Vesuvius National Park with a guide in Spanish. The official guides of the Park are only in English or Italian if you go with any other means than the scheduled excursion.

It is also the ideal option for cruise passengers or people who only travel one day, since they can pick you up at the port and drop you off there around 5:00 p.m.

PUBLIC TRANSPORT
To get to Vesuvius by public transport, you must first get to Pompeii scavi or Ercolano scavi, via the Circumvesuviana, which takes about 45 minutes, and then transfer by bus to Vesuvius, which takes as many minutes.
From Naples Central Station you can take the Circumvesuviana train service: line 1 Napoli – Sorrento and get off at the Pompei Scavi or Ercolano scavi stop (timetables and directions here). Another option is to take the Napoli – Poggiomarino line (timetables and stops here). In any case, the travel time is around 45 minutes and costs about 3 euros. Remember that in summer transport is full because Neapolitans and tourists take these lines a lot to visit the monuments, go to the coast and its beaches.
To climb to the top from Ercolano scavi you can go to the top of Vesuvius in two ways:
EAV bus: the ticket costs around 6 euros (i/v) and the journey takes about 30 minutes and leaves you at an altitude of 1000 meters. You must be careful because it is a very touristy trip and sometimes the transports are too saturated so you have to wait for the next one and they do not pass too often.
In front of the station, the company Busvia del Vesuvio or Vesuvio Express, among others, promote transportation to the top of the volcano. The price is 24 euros with the ticket included and it passes approximately every half hour. If you do not book it in advance, you can get there and there is no option to visit it due to the COVID measures mentioned, since they are companies that buy tickets directly to the Park, and if everything has already been sold, there is nothing to do. The arrival time from Ercolano Scavi to the top of the volcano is 35 minutes.

From Pompeii the trip by public transport takes about 50 minutes.

If you have rented a vehicle for your stay in Naples, you can get there via the A3 motorway to the Torre del Greco or Herculaneum exit, but not without first paying a toll of 2 euros. From this point, it is correctly signposted to reach the archaeological park without any problem. From the Central Station, the estimated time is about 30 minutes.
The enclosure’s parking costs 6 euros and is just over a kilometer from the top. You can buy the entrance ticket right there.
You can combine on the same day, the excursion to Vesuvius together with the visit to Pompeii or Herculaneum. If you have the whole day and you want to forget about transportation and tickets, just enjoy your stay and the explanation of the guide and without queuing, it is the perfect option.

There are times when the climb may seem more demanding but it is prepared so that anyone can climb to the top of the volcano. It is a 1km slope that can be climbed in about 20 or 30 minutes, depending on the physical condition of each one.

For the ascent it is convenient to go with the appropriate footwear, although it is not essential. In summer, many people go in flip flops and it is not an inconvenience. The temperature at the top is usually a little cooler than at the bottom, but little difference.
It is interesting to bring something to drink or a snack, more than anything in case someone could get weak, but it is not dangerous or difficult.
Once at the top, the path is perfectly protected and signposted, so it is impossible to get lost or suffer an accident, although it does not mean that you should be careful. At certain times of the year, whether due to the wind or even the snow, you must be very cautious.
The views from this point are a spectacle.
Booking.com 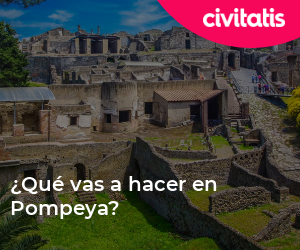